We just got back from an exciting trip to the Wavesplatform office in Moscow.
We’ve decided to write a blogpost about this excellent trip, as people keep asking us how this trip has been. 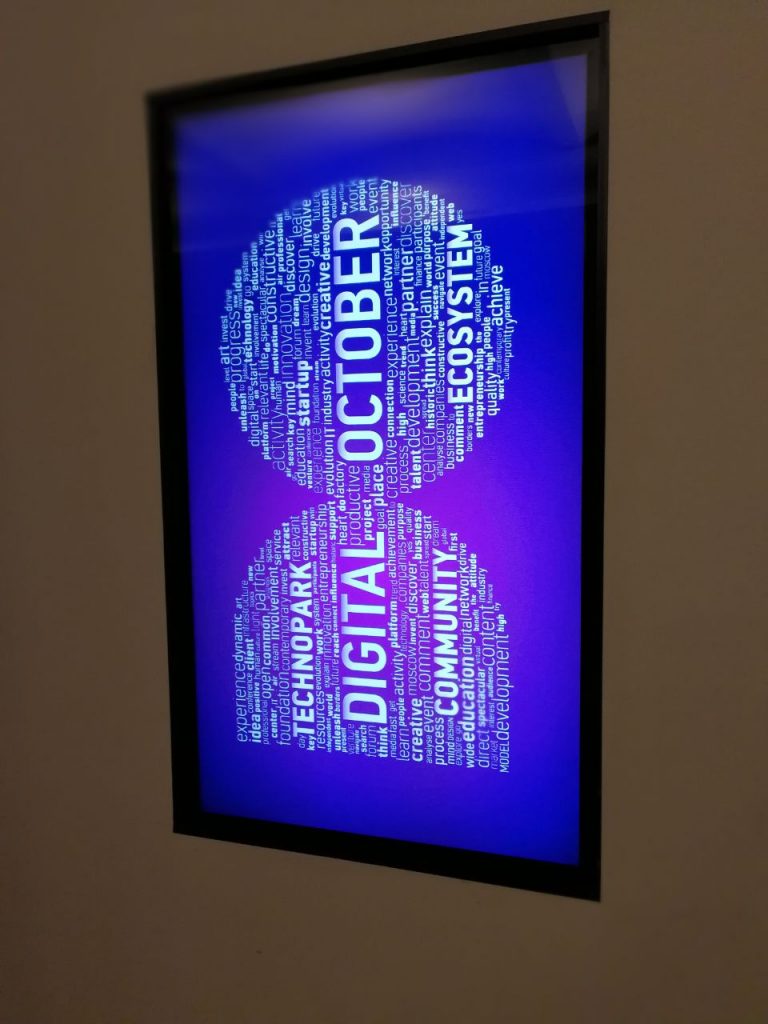 A few weeks after the invitation by the Wavesplatform, Wavesnode.NET made it’s trip to Moscow.
4 days were planned, some days to see the city of Moscow and 1 day to meet the team in person.
Due to the enthousiastic text messages we got while we got to Moscow this all changed a bit.. 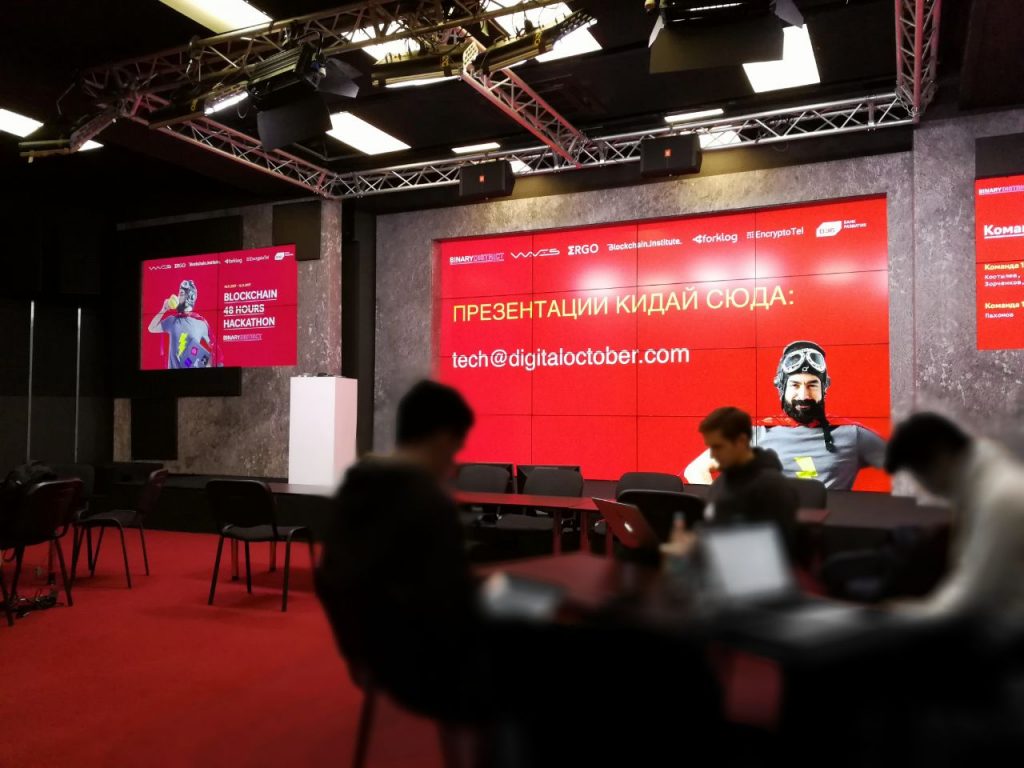 At saturday evening we went to the Digital October building, visiting the Hackathon that was running there.
After the Hackathon we visited the city of Moscow with our  personal guides, Alexey Kofman (Alexkof) and Sergey Tolmachev (Tolsi) of the Wavesteam.
They showed us the nicest places of Moscow; The Red Square, the Kremlin, the parks, the metro..
The buildings and the city itself really look stunning! 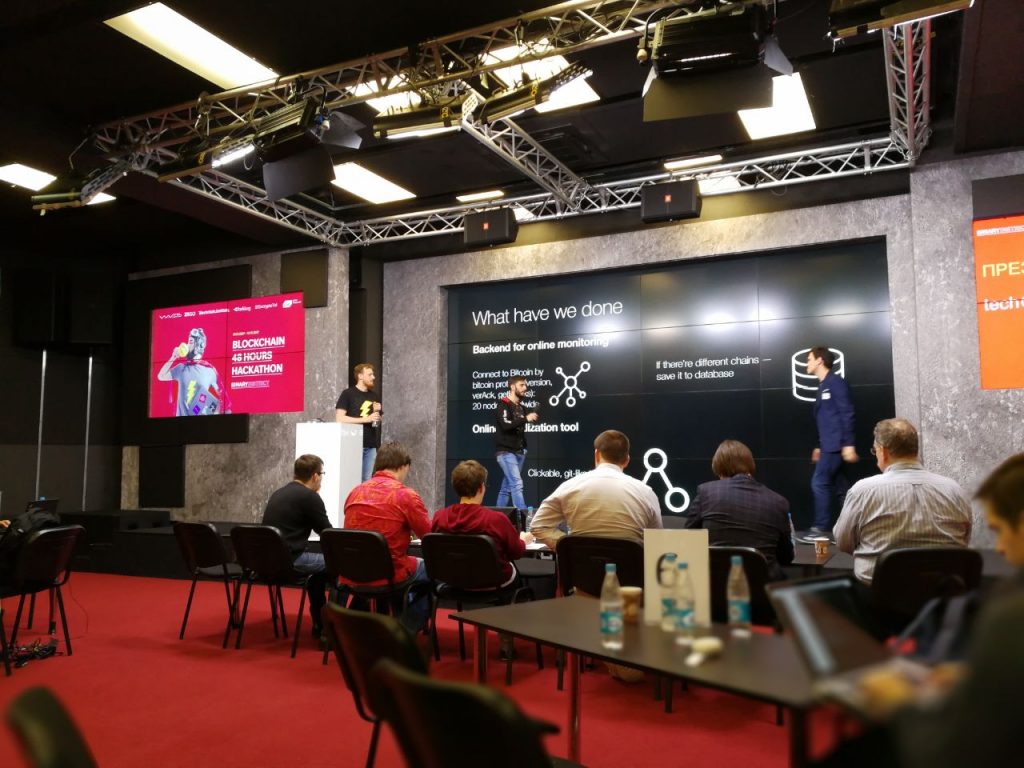 After a good sleep at our hotel, we decided to go back on Sunday and see the presentations of all participating teams of the Hackathon.
And although this was all in Russian, we could see the work that was done by the teams.
During the event Sasha Ivanov came back from his trip to Japan and we had a diner in the Digital October building with all the Hackathon contendors.
We had a long and nice talk with Phil Filippak (Xenohunter) and later we joined Sasha and Dmitry Faller of Primalbase for a drink in a bar.

On monday we went back to the Wavesplatforms office.
Wavesnode.NET is active at the Wavesplatform since the beginning, but after setting foot in the office we noticed the team grew quite big over the last months.
Over 40 people are working hard on all divisions of the Wavesplatform.
Everyone took their time passionately explaining to us what they are working on. 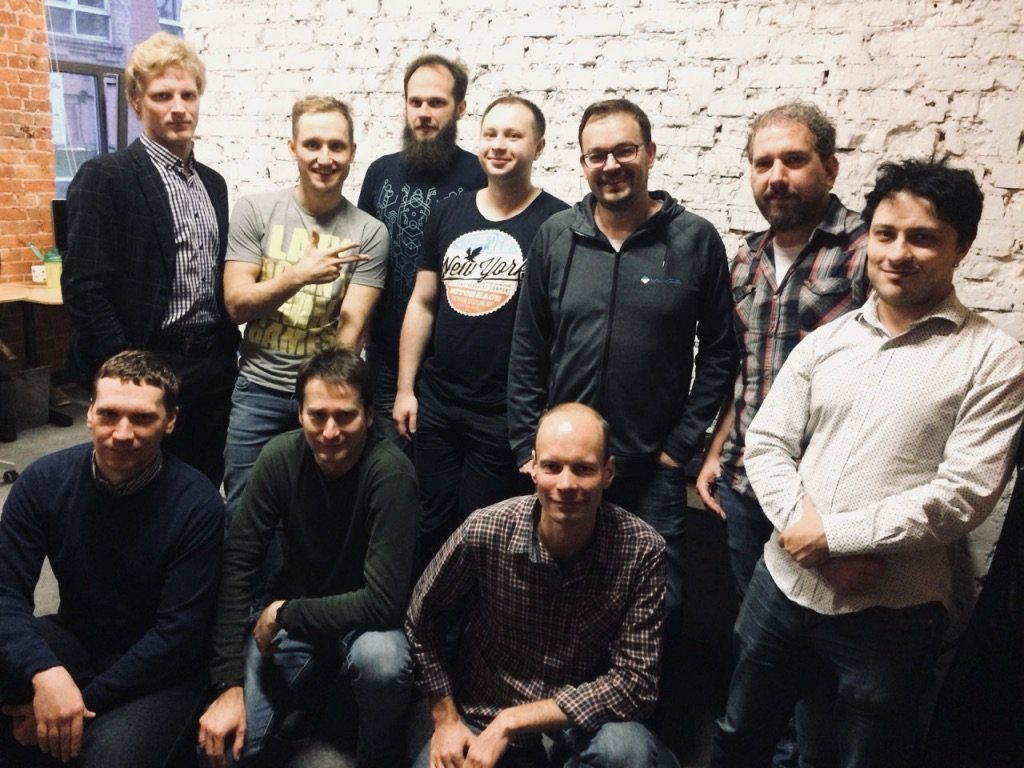 We had a talk with some the developers; Alexey Koloskov (Koloale) and Alexey Kiselev (Alexeykiselev)  showed their work on the new WavesNG system.
Frontend developers showed us their work on the new Liteclient, we had a talk with the guys at the supportdesk.
And also we talked with Evelina Lavrova of the Marketing/PR team about her work.
All in all a nice insight in the Wavesplatforms company.

Later that day we had a dinermeeting with Sasha and Inga Shkurina (Inga) to talk about some exciting new things we are planning to do for the Wavesplatform in the future (where we cannot share anything about currently).

At the end of the working day of the Wavesteam we went for a drink with Inga Shkurina, Alexey Kofman and Ilya Smagin (Ismagin).
Informal smalltalks over some drinks and bites made this nice day come to an end very quickly. 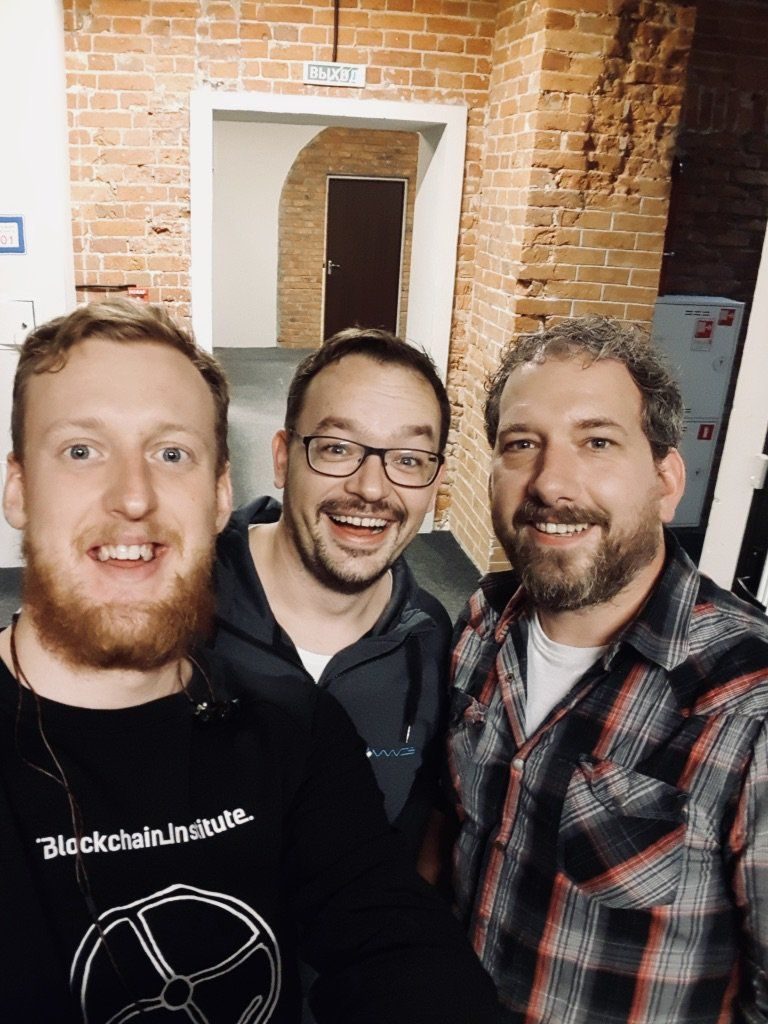 On tuesday we had another nice meeting with the Marketing/PR team, Alexandra Pestretsova showed us their plans for the rebranding and we discussed the planning of this rebranding for our Merchandise shop.

Last, but not least, we had another technical meeting with Sasha Ivanov, Alexandra Pestretsova, Inga Shkurina and Alexey Kofman about some future plans with the Wavesplatform. 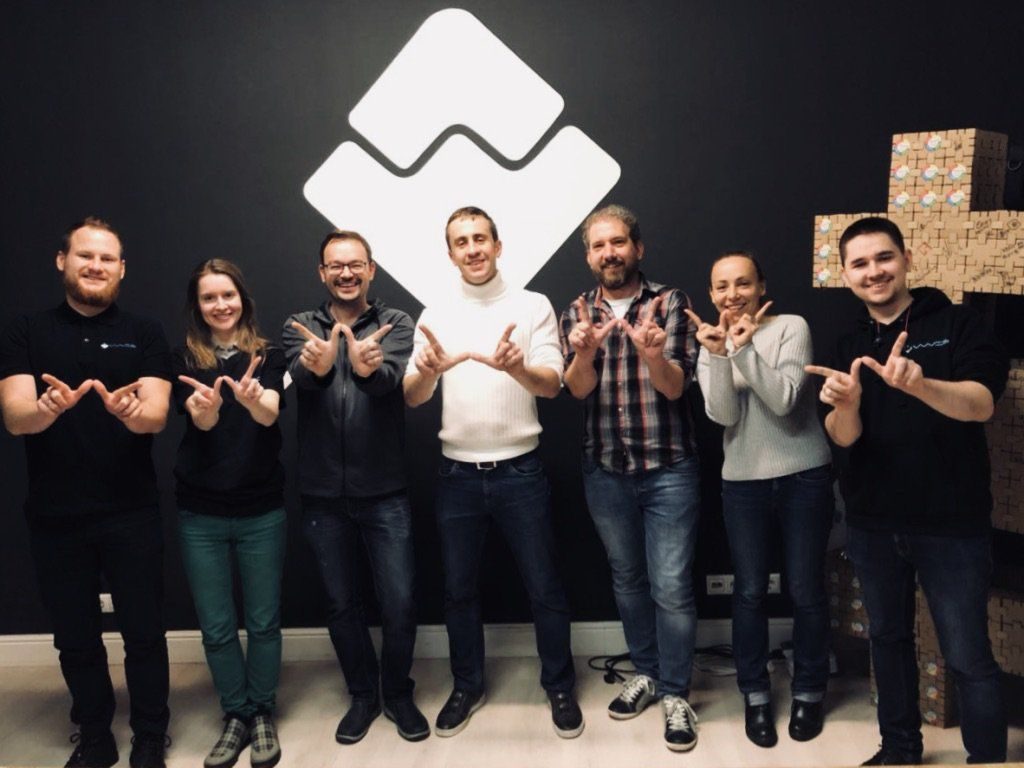 There was time for some quick photo’s and then we had to rush to the metrostation to start our trip home.
Through this way we want to thank the whole Wavesplatform team (also those we did not mention in this blog) for their hospitality, warm welcome, time and enthousiasm.

One thing is for sure, this will not be our last trip to Moscow!