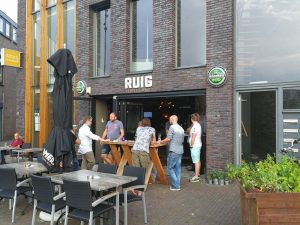 Waves has a big fanbase in the Netherlands, after a nice evening in Amsterdam at the Primalbase meetup we decided to do another Waves meetup for the Dutch community.
So we set up another meetup on August 29 at ‘Waves-bar’ Ruig in Ede.
This location was chosen because of the item on Dutch television about Waves and presenting RUIG, the first bar in the Netherlands accepting Waves as a payment.
The Waves meetup started with some drinks and talks in the sun (it was a lovely day).

Despite being held at holiday times, around 30 people attended.
When everyone arrived the attendies went inside for a presentation by Jarno & Rob, owners of Wavesnode.NET.
After doing a pre-sale of their new Wavesnode.NET (WNET) token prior to the meetup, they explained their plans with their WNET token, to be released that evening.
A brief overview was given in a presentation, their Waves merchandise shop was released and the WNET business model was explained to the attendies. 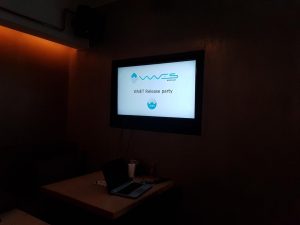 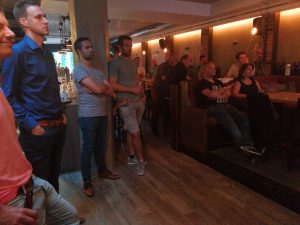 At the end of the evening there was there was time for some more Waves-talk.
Ofcourse with some nice drinks and bites.

All-in all it was a great evening, we are looking forward to the next Dutch meetup!